It has been raining accolades, gratitude and laurels for Dr Manmohan Singh, the Outgoing Prime Minister of India. A Lot of unheard virtues in the best of adjectives are now being prefixed (and suffixed) to his name – Economist MMS, BestPM MMS, GreatLeader MMS, Respected MMS, Brave MMS and yes some folks also said Verbose MMS, Strong MMS,  BlahBlah MMS – Most of them at best are Finest examples of the figure of Speech – Oxymoron.  Thank you Prime Minister Dr Manmohan Singh – the Saga is over.

Firstly, agreeing for argument sake, that he was a great human being would that alone wouldn’t qualify anyone to head a vibrant largest democracy of the world. By no yardstick, that would suffice. What the nation looked forward to was a “Leader”, a “Visionary” and one who could make the Nation stand up to the strongest of Nation, one who cares for every Indian (not just a section, and definitely not a foreign lady), one who put in foot down against adversaries (or friends) in the interest of the Nation. It needs no repetition that he failed on all these counts. Reality is that he did not remain Untainted – either by his action and inaction, he was complicit in may acts of Commissions and Omissions. Coalgate is sure to come back and haunt, just as much as many other Scams that you presided over. Thank you Prime Minister Dr Manmohan Singh – the Saga is over. 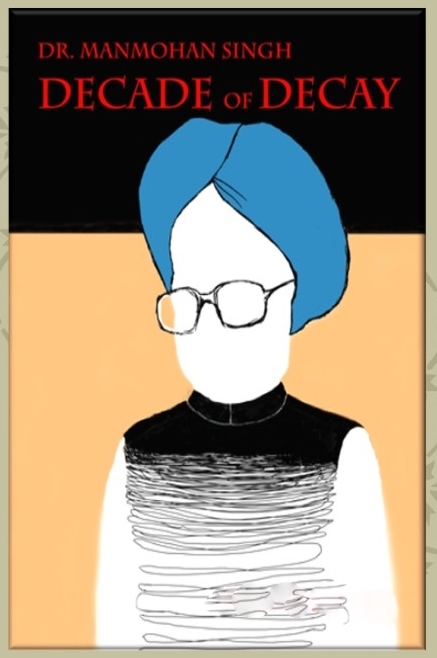 But who did we get for the last 10 years now infamous as “Decade of Decay” – A character who hummed some monotonous drone (whenever he decided to speak, that is), a toy that was remote controlled by some extra-constitutional authorities, heartless person who justified incompetence with “Money doesn’t grow on tree” remark, an Economist who pushed highly economically unviable and corrupt welfare schemes even that to appease a particular section for Electoral purposes, a head of Government that oversaw denigration (and abuse) of every tall Institution (including Armed forces), a punching bag and fall guy for every misfortune that befell the Government. Sorry Dr Manmohan Singh, this has nothing to do with Politics but you failed us terribly. Thank you Prime Minister Dr Manmohan Singh – the Saga is over.

It was not Dr Manmohan Singh that was humiliated – it was the Office of Prime Minister that was debased and denigrated – and none else than your own party colleagues. You failed to stand up to the arm twisting resorted by “The Family” and their stooges with unfailing regularity. You looked the other way when certain Members of the House you presided petitioned a foreign power against a Democratically elected Chief Minister of India (a credit which you never can take in your case – to my knowledge there is not a single instance of you winning a popular election). You promised an Elderly Anna Hazare with the “Mood of the House” written statement only to renege on it in full public glare. You failed miserably on all fronts, Economic, Foreign Affairs (to the extent even a Banana republic or failed state takes potshots at India), Defence, Internal Security, Probity in Public life (including eradicating Corruption), Centre-State relationship driven to a Nadir (a particular state was treated and spoken about worse that how you described Pakistan after a terror attack) – to summarize this Decade of Decay was a Litany of disasters.  Thank you Prime Minister Dr Manmohan Singh – the Saga is over.

You will be remembered by history for not giving us citizen a single reason  to celebrate (let alone many), lest the Decay get extended beyond a Decade which led to your only contribution in this Decade of Decay –  driving the final nail into the UPA (and the CONgress) Coffin. Thank you Prime Minister Dr Manmohan Singh – the Saga is over 😉

Despite the above, if someone still thinks – Forget all these, He was a thorough Gentleman! He never spoke ill! He is loyal (No pun intended), He is this….that… Here is some Life lesson (I had shared this on January 9, 2010 on Facebook)

The success of a role does not depend on what all you do but purely depends on how well you execute the primary responsibilities of the role (son/daughter, Husband/wife or organisational).

“Change the physiotherapist every three weeks. Once a relationship is built between you and your physiotherapist, he will no more push you. He would tend to sympathize with your Aah and Ouch. And without pushing, physiotherapy does not work,” said the Neuro Physician. “But my physiotherapist is a very affectionate boy,” replied the patient. 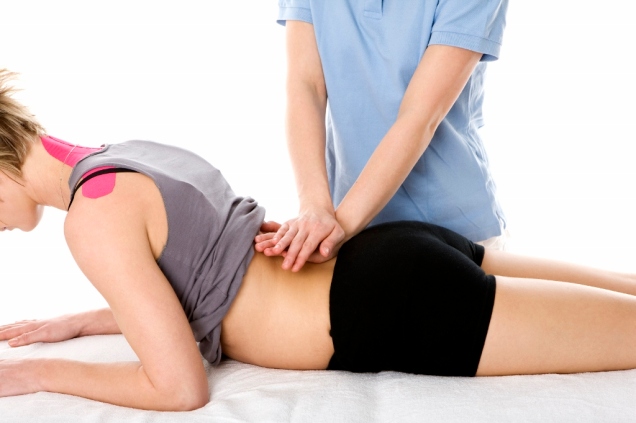 The doctor reacted, “Then adopt him as your son. Right now you don’t need a good boy, but you need a good physiotherapist.”

I know how it feels after doing so much for your adolescent daughter and then to get to hear from her, “You don’t love me.” As a parent you are so focused on her development and you do your best for her – best schools, best coaching classes, private study rooms, and what not. But if you are not there to respect her emotions, if you don’t have the time to have conversations with her, if your lap isn’t available when she is low, if your hands don’t reach out when her tears trickle down, if you don’t give her the feeling that she is more important to you than her performances… then you have failed in your primary responsibilities as a parent. You have donned the role of a teacher and a coach, but where is the parent? On the contrary, no matter how affectionate a teacher or a coach may be, if they do not focus on the development and performance of the child, then they fail in the primary responsibilities of their chosen role.

It doesn’t matter how beautiful you look, as a receptionist, you need to sound beautiful on the phone. It doesn’t matter how smart you are dressed and how well you talk, as a salesman you have to achieve your targets. What the organization needs is a CEO who is loyal to his chair and is focused on creating a productive organization, and not a good Samaritan who sympathizes with the non-performers and tolerates inefficiencies in the organization. The driver may be good with the children, but if he isn’t good on the steering wheel? What if a Guru talks and talks, but is never able to take the seeker closer to God? What if a counselor listens and listens, but isn’t able to offer solutions? What if the architect, in attempting to please the client, compromises on the entire concept and also the final creation? 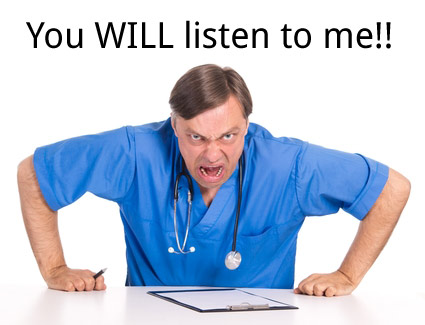 And, isn’t it also true, no matter how arrogant the doctor is, we still go to him because we know he is the best in his field, and our life is secure in his hands. After all, what is preferable – a tasty medicine that doesn’t work, or a bitter medicine that works!

Don’t cry foul, when people blame you for not doing enough justice to the relationship. Stop quoting all that you have done for the relationship. Simply shut up and introspect, “Am I doing justice to the primary responsibilities of the role?” The success of a role (son/daughter, Husband/wife or organisational) does not depend on what all you do but purely depends on how well you execute the primary responsibilities of the role.

Imagine a Frozen Thoughts with great layouts, superb pictures, immaculate print quality but no content value… lest we become a square peg in a round hole 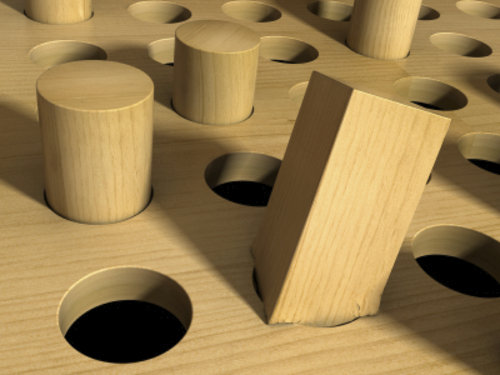 And the reason is here

Like Loading...
Now, this certainly is prima facie evidence to suggest the AAP has some CIA connection.
Author RSN Singh is a former military intelligence officer who later served in the Research & Analysis Wing. He has authored two books: “Asian Strategic and Military Perspective” and “Military Factor in Pakistan”. 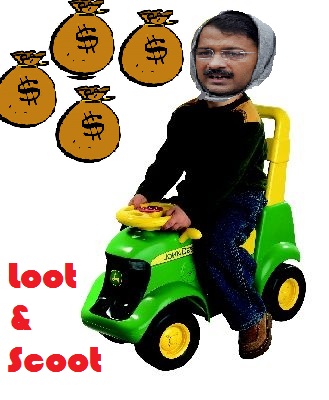 While there, don’t miss reading these Articles

PS: As a result of the great work done by Sri Surajit Dasgupta, Founding Member of Aam Aadmi Party who has since quit the party (amongst many other founding members), the duplicity of Kejriwal (and his handlers abroad ) have been exposed. At the time of writing this blog, all the links quoted in support of averments have been validated and reachable. However  I cannot Guarantee that it wouldn’t be taken down.

For the last two weeks, the road in which we live is in an unspeakable state…see picture.

Indian middle class is used to road digging, BBMP, BSNL, BWSSB, BESCOM…one or the other is usually digging the roads, what’s extraordinary here is the car parked in front of the JCB…again see picture

The tipping point for the residents came when the Cauvery water line was broken in the process and the water tankers refused to supply water in our lane as actually the road was not commutable.

All our requests fell on deaf ears, shouting residents got back to children, school & office, that’s when with an extraordinary courage, Hema parked her car right in front of the working JCB and challenged them “let me see how you will move another inch”

And, actually that’s all it took, for them to respond, in less than 3 hrs, arrangements for water and 4 wheel passage was made for our commute.

Volunteer for A better India (VBI) , it doesn’t take much, … to Make.A.Difference

Error: Twitter did not respond. Please wait a few minutes and refresh this page.