The Kallahalli Temple, also called Chikkatirupati (or small Tirupati) is a village near Kanakapura Taluk near Bangalore – renowned for its unique Sri Venkateshwara Temple (or Srinivasa Temple) . The Idol of the Main Deity, Sri Venkateshwara which is over 7000 years Old was a manifestation of the Lord Vishnu Himself in this form answering to the prayer of Sage Vashishta who did not beget any offspring. He worshipped Lord Venkateshwara and upon granted the wish he moves on to Shwetadri (Biligiri Rangana Betta, BR Hills)

The Idol then gets submerged in a lake around Kallahalli and remained submerged for nearly 6000 years. The Lord then appears in the dream of a Palegar (Feudal title of Military Governors appointed by Nayakas rulers) and indicates presence of this Idol which is the Lord Himself in the lake of Village Bannimukodlu near Kallahalli. He also orders Palegar to get the Idol extracted from this lake and build a Grand Temple for it. A wave of electrifying pulse passed through the body  & a Divine energy was felt by the Palegar as soon as the Idol is lifted from the lake and he knew there was something unique about this form of the Lord.

As he set out on transporting the Idol, after a small distance the wheels of the cart gave away exactly in the middle of Kallahalli Village which was taken as Lord way of signaling the place of installing the idol. This renowned temple came into existence as a result.

Another unique feature to note about the Idol of Kallahalli Srinivasa – Lord Venkateshwara is armed with Mace (Gada hasta dhari). He also holds Lotus holding Sri Mahalakshmi in the heart region (an unique feature since he is always seen with Goddess Padmavati too). Further the idol can be seen adorned with a Divine Crown, Ear Studs, an Attractive smile with perfectly carved lips, Sharp nose, a broad forehead region,  Divine palms in Varada Mudra and Kaustubha Garland. He also carries Panjajanya (the Conch), Sudarshana Chakra and has anklets, This Lord standing on the Lotus is a mesmerizing sight indeed.

The Priests of this temple as a practice and custom has to be descendants of Sage Bharadwaja (Gotra has to be Bharadwaja).

It is believed that during the famous Chariot festival (called Maha Brahma Ratotsava) of Kallahalli on Vyasa Purnima day of Magha Month (around early February usually) Lord Venkateshwara surreptitiously leaves Tirupati exactly at the time of Mahamangalarati and becomes one with the Idol in Kallahalli – the reason why it is also known as Kallahalli (as he visits this place surreptitiously), Chikkatirupati (Smaller Tirupati) and the Lord is often referred to as Chorapura Srinivasa. 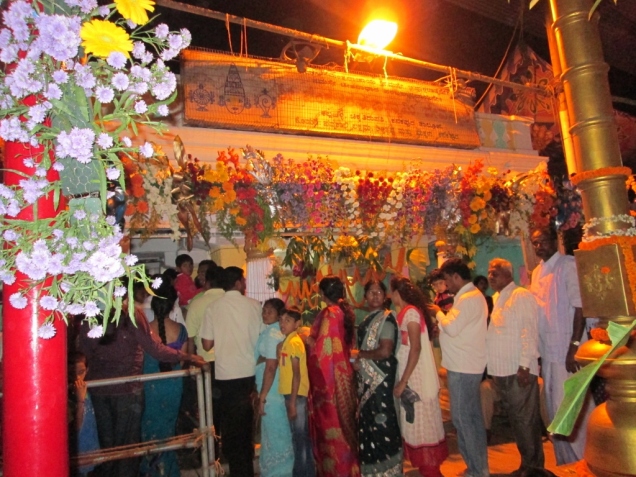 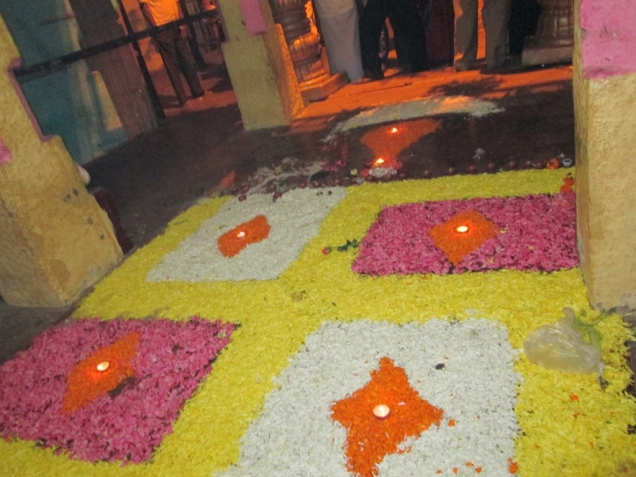 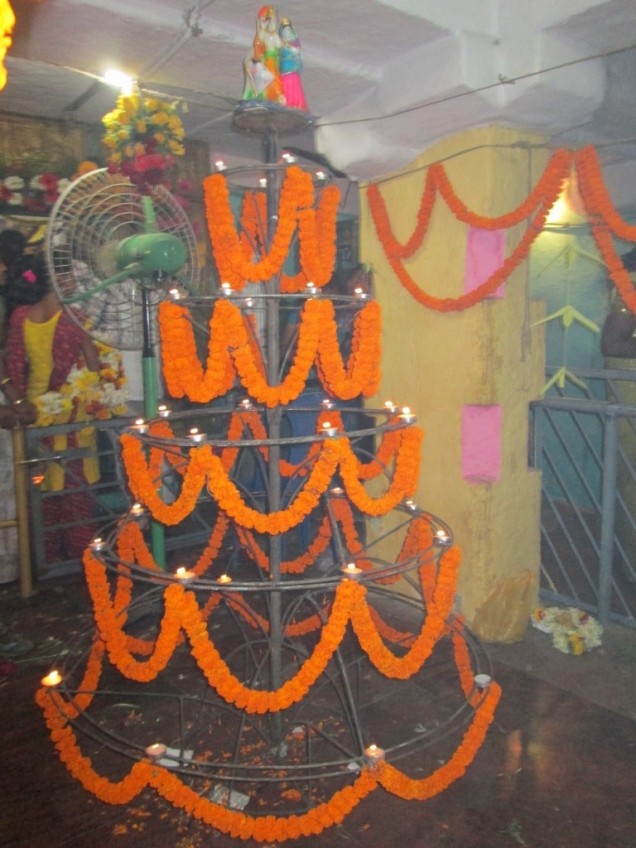 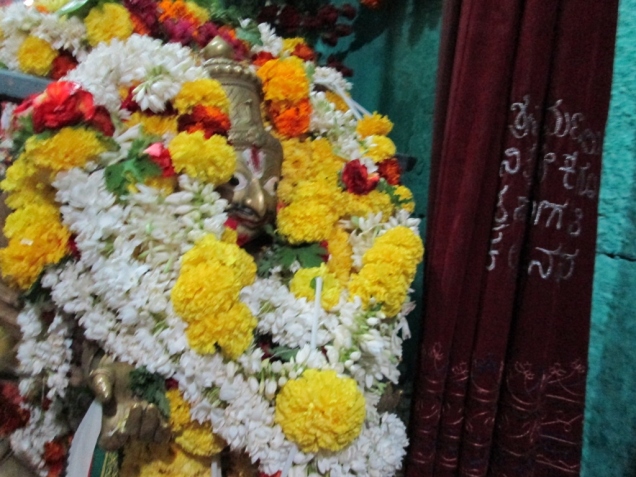 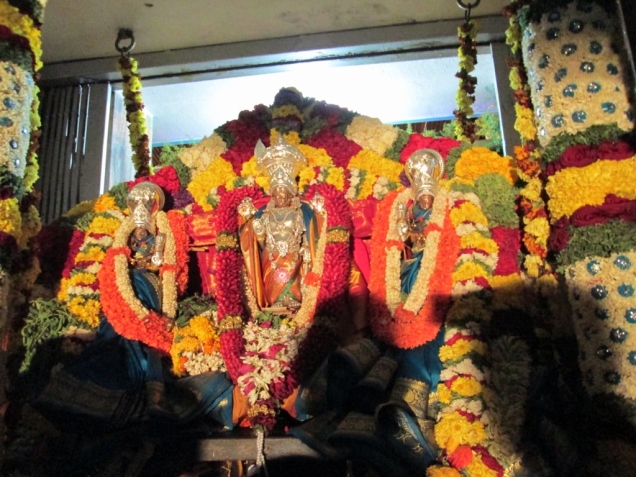 You can reach this place by road from Bangalore City towards Kanakapura. Landmarks enroute Banashankari and the World famous The Art of Living International Ashram on your right and about 3kms before Kanakapura, turn right at the Mahadwara on your right (picture above) and the temple is off Kanakapura Main road (walkable distance)

We had great pleasure and privilege to conduct an Art of Living  Satsang in this temple on the auspicious occasion of Vaikunta Ekadashi and the authorities say the crowd easily exceeded 25,000 to 30,000 devotees. The experience was unforgettable – surreal atmosphere, highly vibrant and huge non-stop crowds running late into the night. Ever grateful to His Holiness Sri Sri Ravi Shankar for His Blessings and grace and providing us with the opportunity as His Instruments to transform the soceity into a Divine one and the wherewithal (confidence, talent and situations to make it happen successfully)