Rangasthala, near Chikkaballapura on NH7 around 60 kms from Bengaluru beyond Bengaluru’s Kempegowda International Airport in Devanahalli is abode of Sri Moksha Ranganatha Temple which is said to be more than 1000 years old.

Originally built by Hoysala architectural style, it was recently renovated by the contribution of devotees and with significant cultural contribution by ISKCON, Bengaluru. When I visited last in early 1990s, it was such a dilapidated state, and single time Pooja also was performed with lot of difficulty by the Archaka who lived in the premises. I had written about it on now defunct Yahoo 360. Many devotees, predominantly from Bengaluru took initiative and contributed to renovate and strengthen the structure, mainly erect a boundary wall, clean up the Kalyani (which was abandoned). It was then that little heard and less famous philanthropists and devotee from Bengaluru, Sri Konda Srinivasulu Reddy and Smt Konda Devesenamma,  took upon themselves to contribute and supervise construction of the exquisite Raja Gopura which was carried out under supervision of ISKCON, Bengaluru and subsequently consecrated in Presence of Madhu Pandita Dasa in August 2013 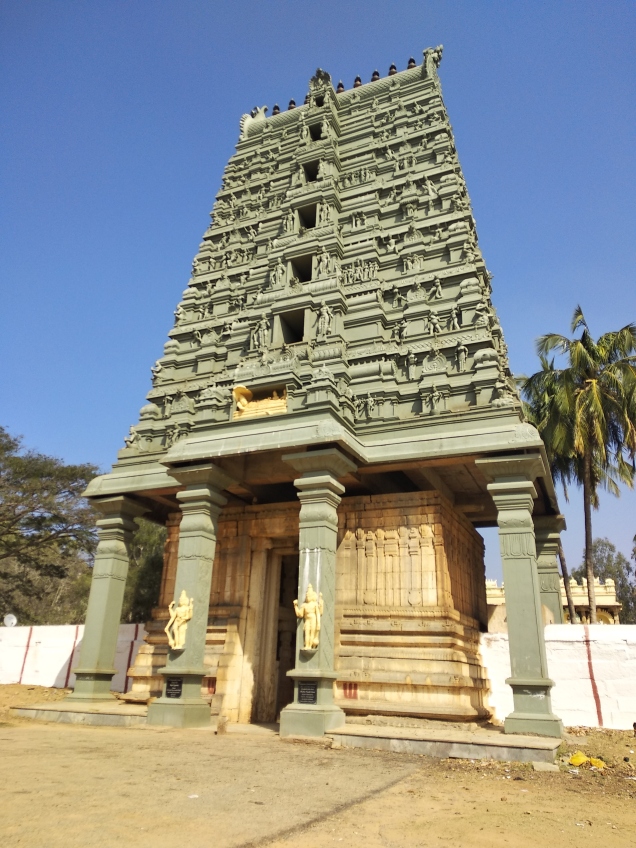 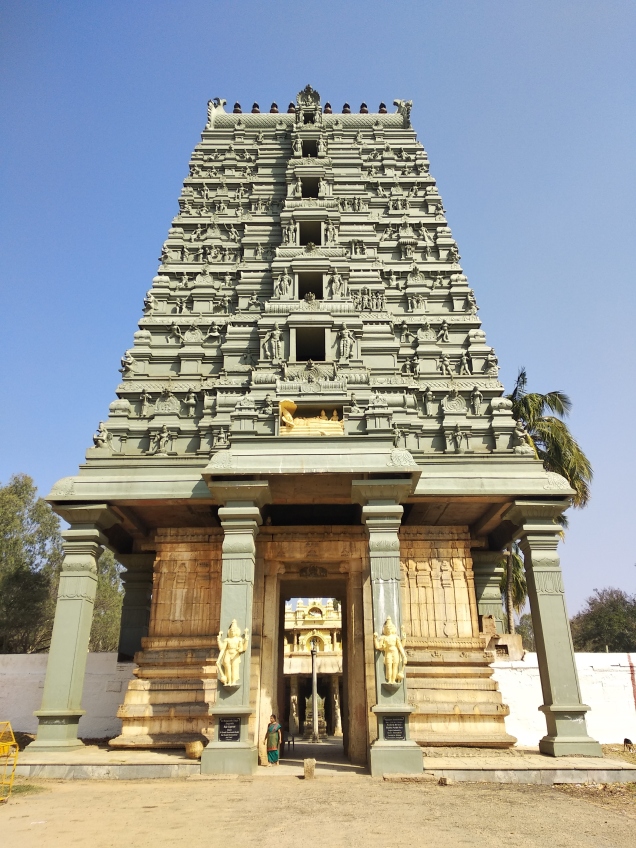 Sri Moksha Ranganatha Temple Rangasthala is situated in the Nandi Hills range and the local lore goes that if a devotee visits this temple after visiting the Adi Ranga in Srirangapatna, Madhya Ranga in Shimsha and Antya Ranga in Srirangam (TN), they will achieve Moksha (Liberation). The idol of Sri Ranganatha which is around 4.5 feet long is carved out of a single Saligrama Stone – the intricate carvings and detailing of the idol indicate the high level of skill possessed by the artisan of yore. It features Lord Vishnu resting on Adishesha in a reposing posture. The life-like vigraha with enchanting smile of Lord Vishnu is a sight to behold. With Vigrahas of Neeladevi and Bhoodevi at His service, Lord Vishnu is believed to be in Yoga Nidra and is exactly how He reposes in Vaikunta. It is also believed that Pratishta was performed at the same instant when Moorthis at Srirangapatna and Srirangam was installed.

Another speciality of this temple is Bamboo Basket shaped Sanctum Sanctorum (Garbhagriha). The legend goes that Lord Rama after vanquishing Ravana, returned to Ayodhya to extreme delight of subjects and brother Bharata. Preparations were made for Pattabhishekha (Cornonation) of Lord Rama as the King in Ayodhya and Vibhishana also attended the coronation ceremony. As a return gift and token of appreciation for gracing the Pattabhisheka, Lord Rama handed over Lord Ranganatha’s Vigraha in a Bamboo Basket to carry it back to Lanka. Saptarishis will then plead with and convince Vibhishana to install the Idol of Lord Ranganatha with Neeladevi and Bhoodevi in Rangasthala. The sanctum sanctorum is in this shape to depict the bamboo basket for this reason

Another feature of the temple architecture – As we do the circumambulation (Pradakshine) inside the Garbhagriha, we find a small window letting in sunlight. On the day of Makara Sankaranti (January 14/15 th), the sunrays falls directly at the feet of Lord Ranganatha. The precision with which the temple was built in those only proves the perfection of engineering in ancient India.

In the circumambulation path around the Garbhagriha, there are vigrahas of Lord Chakrath Alwar, Sri Ramanujacharya , Sri Vedanta Desikan and Nam Alwar (We were told by the Archaka that it is a rare Murthi and not found in any other place)

The Pushkarani (Shankha Teertha and Chakra Teertha)  itself is a sight to behold. The tanks after this picture was been clicked has since been desilted and cleaned up to receive rainwater this season (2019) and hopefully we have the requirements of the temple and the devotees met by this storage.

Inside the temple complex on the left of the main temple, there are temples dedicated to Sri Andal, Sri Lakshmi and Sri Ramanucharya (See picture above) 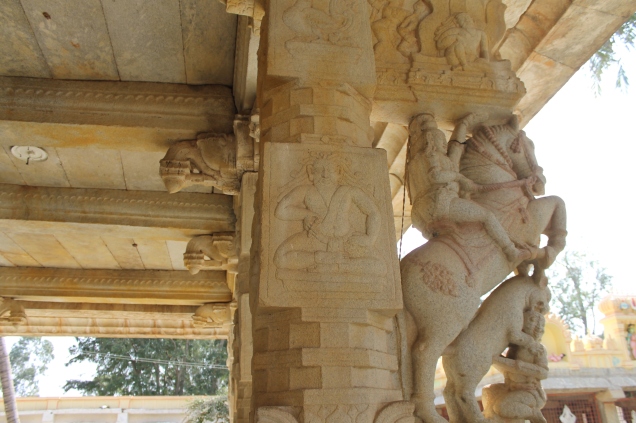 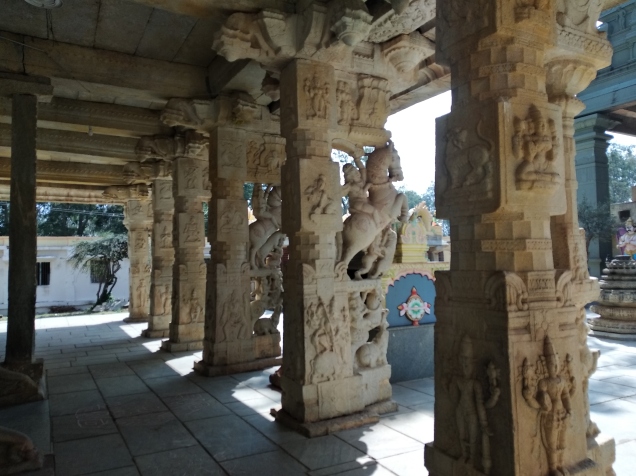 From Bengaluru, drive till Chikkaballapur and take Chikkaballapur-Gauribidanur road (around 6 kms) till you reach Thippenahalli. Look for an arch with sign board leading to Rangasthala. For those interested, Muddenhalli, birth place of Sir M Vishweshwaraiah is also close by.