On January 26th 2015, Dr Subramanian Swamy, National Convenor of Virat Hindustan Sangham had convened a meeting of all State Convenors and special invitees in Chennai. The day began with customary Flag hoisting on the occasion of Republic Day, by Dr Swamy followed by singing of the National Anthem by the delegates and volunteers. 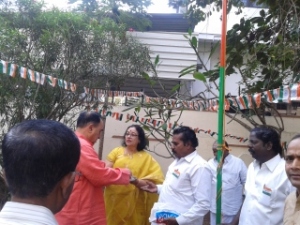 The meeting began with a Welcome by Sri Jagdish Shetty, National Co-Ordinator, who gave an overview of the activities so far after launch of Virat Hindustan Sangham.

This was followed by Self-introduction of all the State Convenors and status of registrations and other activities in respective states. 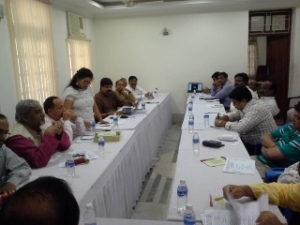 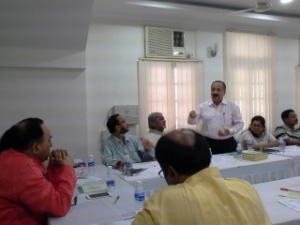 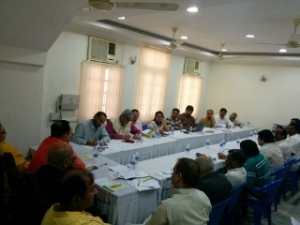 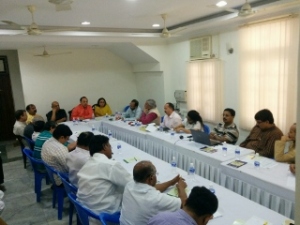 Dr Swamy in his opening address re-emphasize the agenda and objectives of Virat Hindustan Sangham and clarified that VHS is BJP friendly party and also encouraged those inclined to even offer their candidature in the organizational elections of BJP. 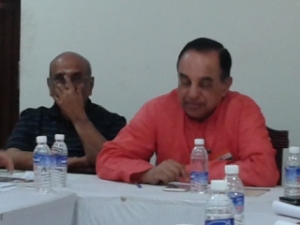 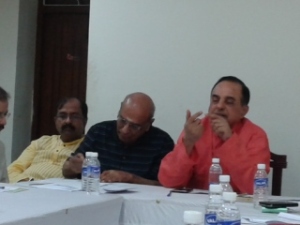 Every activity of VHS shall complement the agenda and activities of BJP and other units of the Sangha Parivar. The objectives and Five dimensions of a Virat Hindustan to usher in a National Renaissance:

Dr Swamy further reiterated his oft repeated philosophy, success is all about mindset and not numbers. 1000s or Lakhs with a wrong mindset will never succeed as a few with the right kind of mindset. That is what Virat Hindustan Sangham strives to achieve in youths, especially educated tech savvy youth who have to be provided with a direction for National renaissance & also to counter sense of false history they have been educated with. It is thus very important at this juncture to provide authentic information, and instil a sense of pride on our ancestry and heritage

Dr Swamy further recommended every one to learn one additional script other than their own and the easiest and preferred one would be Devnagari. We also need to propagate and popularize Sanskrit as a language to provide that vital unadulterated link across the diverse nation. It has also been proven by the western world that Sanskrit as a computing language is most suited than any other.

Having set the mood of discussion it was left to the delegates to discuss and arrive at concrete action plans to realize these objectives in the interest of the Nation.

Sri TR Ramesh, Sri Chellappan, Sri Ramesh Sethuraman also shared their thoughts on the potential issues that could be on our agenda and actions thereof. Temple worshippers society, engagement with sympathetic Media Professionals and Making E-Learning materials of our authentic history at affordable costs was on the immediate agenda. 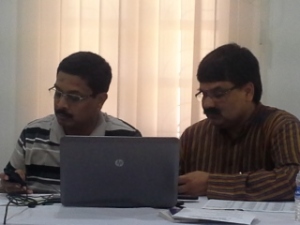 Sri Kalyanaraman then addressed the delegates and emphasized on the urgency and need for an organization like VHS to bridge the gaps in the coverage by the Sangha Parivar units.

Lunch break was in itself an eventful affair. Time to catch up with my Chennai Friends while feasting on the delicacies on offer, thanks to Chandralekha ji and team

Post lunch, the discussion was held on organizational matters, including renomination of State Convenors as State Presidents,  appointment of Vice President, General Secretaries and Treasurer. A State Executive committee and nominees to National Executives was also discussed & finalized. This organizational structure would be replicated down to booth level in the days to come. The meeting further discussed on identifying and setting up various functional Cells to focus on specific Professional groups.

It was also decided that the National Executive would be held on 28th February 2015 or 1st March 2015 in New Delhi. The meeting concluded with a vote of thanks with a special mention to Chandralekha ji and her team who hosted this meet flawlessly, including lunch and refreshments 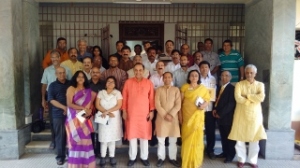 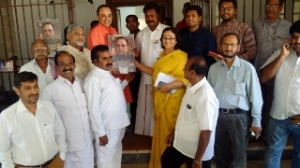