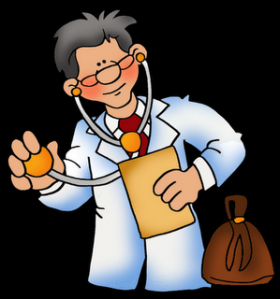 Some said being a medical doctor or a nurse is noblest profession of all? Many a times it is even rated as something above being a Teacher (the very souls who help them become a Doctor in the first place). In a country like ours where Doctors are considered as those who were created because God couldn’t be everywhere it is but natural that they are almost place right up there amongst the Gods. Was in chennai last week to help out a family friend who had to undergo a treatment for heart related ailment. He had to undergo a pacemaker implant and the experience was nothing short of being horrifying. Considering that it was one of the reputed and expensive hospital of Chennai, the cleanliness in the ICU (Intensive Care Unit) was things that we can expect in a toilet of a rural bus station of India. Visitors could barge in and out at will. The hospital wastes of patients were left near their beds for extended period of time (maybe Visitors coming in and out could have reduced the risk of infection by being carriers from ICU to the outside world). Accepting that it was not a charitable institution, their commercial approach was too appalling especially since the service even remotely did not match up to the charges. The doctors felt challenged when a few questions were asked and the response was very hostile. In the interest of the patient we had no choice but to tolerate the nonsense dished out by the specialist.

The worst part was yet to come. when he called up the son to the consulting room and advising that you should not be seeking second opinion and learn to trust. And the patient was heartlessly informed that the surgery would be performed in the afternoon with not even a cursory mention to the attendants. Just after the patient was wheeled into the pre-op section, the consultant surgeon calls the son and places his demands. Pay the consultant’s fees in Cash at the end of surgery (no advance information that this could be required) and to top it all, they set loose the supplier of Pacemaker on this hapless person who demanded payment in Cash/Cheque right away. The timing of these events, when patient is in pre-op area awaiting the scalpel, drove down whatever little esteem we had of this doctor. So much for this being Noblest of profession. At considerable risk to the patient, I had to intervene and put my foot down saying that this sort of behaviour was not acceptable. Since everything is being routed by the insurance and since there was absolutely no advance information this cannot be done.

Their handling of a patient from some remote village from Andhra was even worse. Not knowing the local langauge or not too educated, they were being taken for a jolly ride. The explanations were too kiddish and unbecoming of a professional. Just shooing them away when they are curious to know the state of their loved one, extracting every penny they have, this was EXTORTION more perfect than the Dawood Ibrahim types. Oh yes!!! unlike the folks who are being discussed, I rather choose not to name the hospital and the doctors involved. But I have marked a copy of this blog to those noble dedicated souls. The joke that day was, we should turn down the temperature so low that these fellows have their hands in their own pockets instead of ours. Or the other favourite – due to lack of a good microscope in my schooling days, We only read about Parasite but never got around to see one- Parasites that feeds on human blood. Here I was witnessing and accepting it as truth, with my naked eye.

Incredible India! It happens only in India is not just a cliche any more. For me seeing is believing and hence I beleive it now. If it can happen to educated people like me, god save the common men of the country.

When will the medical profession in India come of age? Till then, Patients can wait with infinite patience while they line their pockets and fill their coffers. Anyone game, the best investment happens to be Hospital Industry (don’t worry, we dont need too much of investment for this)