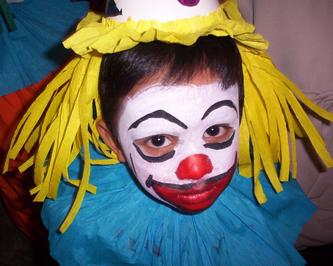 Was wondering why people tend to impersonate or assume different personalities even in places where it is uncalled for. I am a regular blogger on many websites where I find that there are many who impersonate only to make some irresponsible statements (sadly responsible statements sometimes too). Got my grey cells oxygenated and thinking alound why the hell would anyone want to hide behind a veil of secrecy. Especially because I want the whole world to know me and my opinion as mine. Jotted down a few reasons why these people do what they do.

Ego – the worry as to what happens if someone differs with an opinion and differ so strongly that I am unable to defend my statements. It fails my understanding as to how it really satisfies this need. They forget for a moment that they are anonymous only to the outsider world, not to themselves. So despite assuming another identity it still pinches you when someone makes caustic comments. I have seen one of the user blowing his cover trying to defend this non-existent person, making this creating and nurturing a false identity a total waste.

Lack of self confidence: When you are not sure of what you want to say, and indulge in some vaintalk just for the heck of it. But then you are stupid whatever you call yourselves, arent you? What is a name? A rose smells as sweet whatever you call it. An ass is an ass whatever color it paints itself with.

Cowardice: Most of them whose cover was blown, fall under this category. They do not want to be accountable for their own actions and comments. When you have the conviction, you can boldly stand up and make sure your opinion be counted as your opinion. They want to please everyone or maintain some Halo around themselves and at the same time do not agree with some opinion, what better way than to use another identity to express their true feelings. For me, it is not worth doing anything for which I can’t be held accountable. Primarily it just indicates an invertebrate character – spinelessness. Many excuses are shelled out depending on the situation – personal safety(these people keep dying every moment they live), saving marriage (is it worth saving when you can’t freely express?), I guess perhaps one shouldn’t be expressing views if they are so afraid of doing it.

A note of appreciation though, it is indeed a Herculean task to create, assume, nurture and maintain a false identity especially when you want multiple identities – someone who wants a false identity definitely wont be satisfied with One. You can safely bet that such people have many identities, which makes balancing characteristics of each identity a big challenge and proof of skill too (skilful atleast till the cover is blown).

As much as these worms worry about the brickbats that they could receive if they use their own identities, what they fail to realize is when a credit is due, it goes to this pseudonym or nonexistent entity – a wasted applause! and Wasted Life. This is the reason for that statement in the braces in the opening paragraph of this blog (Sadly responsible statements sometimes too – this went waste)

Now, why I prefer to tom-tom my identity behind my writings: My answer to a friend Ramesh Babu was as under.

I insist on identifying myself proudly so that my comments sounds more credible instead of being dismissed as opinion of some nameless, faceless entity. I want the readers of my comments to know that I said it, so that he/she can weigh the value of those facts themselves. Facts openly known, I think, are the most reliable facts. Most importantly, I feel willingness to express one’s opinion should always be accompanied by the ability and courage to stand by them. Anonymity is a blanket under which cowards hide. It serves as a convenient means to shun responsibilities of being answerable to their opinions and actions. Simply put, identifying myself is a statement of My INTEGRITY.

I value this a lot for this than any other bodily or mental risks. Matter Rested

PS: The photograph is Vishnu in one of his assumed identity hiding behind his mask (to tell you the truth, we could not identify him amongst lot of such clowns while on stage, had to take this photograph after he came running to us after the show)