CBI Special Court at Mumbai has discharged Amit Shah, the BJP President, of all charges relating to a case of his involvement in the alleged killing of Soharabuddin and Tulsi Prajapati. I have been following this case actively from the time of its investigation, filing of charges, arrest of Amit Shah and grant of bail to him. I had written a letter on 27th September 2013 to the then Prime Minister, Dr. Manmohan Singh, in my capacity as Leader of Opposition in Rajya Sabha. The letter pertains to misuse of CBI against BJP leadership. In the letter, I had written with regard to these two cases as under:

Sohrabudin Encounter case
The encounter in which one Sohrabudin Sheikh was killed was an operation allegedly directed by the Intelligence Bureau of the Central Government. It has been a practice that when the Intelligence Bureau processes and develops intelligence, it keeps vigilance on the target. Thereafter when an opportunity arises to arrest the target the State police is associated with the operation. Sohrabudin was a noted mafia who operated in Gujarat, Madhya Pradesh and Rajasthan and was carrying prize on his head in Madhya Pradesh. He was an illegal weapon dealer. He had also been convicted under TADA. The search conducted by Madhya Pradesh police at his premises at village Jharnia, District Ujjain had yielded more than 40 AK-56 rifles, hundreds of AK-56 cartridges and hundreds of hand grenades. He was an absconder from the police agencies of various state governments. 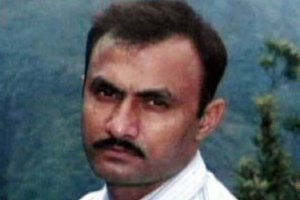 Tulsi Prajapati and the arrest of Shri Gulab Chand Kataria, former Home Minister Rajasthan
Shri Gulab Chand Kataria is the former Home Minister of Rajasthan and the present Leader of Opposition in the Rajasthan Legislative Assembly and a very important leader of Rajasthan BJP. He is a complete stranger to even the existence of such persons known as Sohrabudin and Tulsi Prajapati. The CBI filed a supplementary charge sheet against Gulab Kataria wherein it was alleged that the motive of elimination of Tulsi Prajapati by Gulab Kataria was extorting money from marble dealers of Rajasthan namely RK Marbles. As per the CBI there were two motives; one the Gujarat Police wanted to eliminate him in order to eliminate the eye-witness in the Sohrabdun case and the Home Minister of Rajasthan wanted to eliminate him for extorting money from marble dealers. What a co-incidence. It was alleged by the CBI that Shri Gulab Chand Kataria allegedly met one Shri D. G Vanjara, IPS of Gujarat Police allegedly between 26/12/2005 and 28/12/2005 at the Circuit House at Udaipur. The CBI evidence of his presence was that PS of Shri Gulab Chand Kataria was staying in the same Circuit House during that period and Shri D.G.Vanzara, IPS also stayed in the said Circuit House. However, records of the Rajasthan Government conclusively establish that Shri Gulab Chand Kataria along with his wife had flown on 25/12/2005 to Mumbai and stayed there till 2/1/2006. He attended the meeting of the BJP National Executive and thereafter a meeting of the National Council and after celebrating New Year along with his wife, returned to Jaipur on 2/1/2006.”
It is clear from the above that the charges were filed against Amit Shah at the behest of the then political Government. There was legally no admissible evidence against him. Amit Shah’s application for discharge was opposed both by the CBI and Sohrabuddin’s brother. The court heard both their lawyers’. The charge was without any basis. The fact that the CBI allowed itself to be misused is a cause for concern.
Since I had analysed the alleged evidence, both during investigation and after the filing of the charge sheet, I was amongst the few voices which had consistently maintained in the past three years that the prosecution of Amit Shah was a case of “No Evidence”. Without analysing the evidence in detail, the media allowed itself to report as was briefed by CBI. Even a vital noting on the CBI file that the implication of Amit Shah was necessary so that the then Chief Minister of Gujarat Shri Narendra Modi could be implicated, was no news for them. I am relieved at the fact that we have an independent judicial system in India which has vindicated Amit Shah.